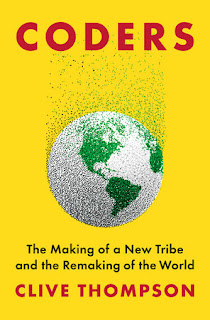 Two hours of reading Coders, this account of the culture and ethos of the engineers of logarithms, suss out the nerdy types I rarely meet (but am very much aware of). My reaction is part envy and part amusement: I'm envious that my artistic temperament (you are free to judge if I'm really an artist) isn't more of the pedantic coder's, thus, being a generalist, I have not had many euphoric 'aha' moments similar to a coder's high when she busts a bug, technology works again, and the user is happy.

To be a coder is to plod through a myriad of frustrations when hacking through smelly code until it is cracked and the glitch is fixed. To be an artist is to care passionately about life, even for only a portion of it. The 'poet' as artist must care by engaging every day's puzzle like a coder, mulling over it and trying out solutions however tendentious, until insight leads to a fresh direction. But while  a coder's fix guarantees that a system previously not doing what it should do will now do what it is told to do, a poet's fix is hardly ever a tinker.

The author's metaphors in describing the coder -- as writer, as editor, as poet -- bring me to ground zero of creation itself. You sit down, you labor, you never let up until you've got it right. For the coder to come to the end of the puzzle is to truly find euphoric rest, but for the poet, this only means the end of poetry itself.
Posted by I believe at 12:36 PM No comments:


How To End an Essay, and then Probably Publish 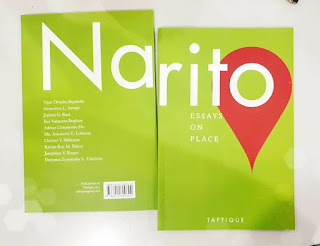 What I have been doing all along, beginnings.
I’ve always hoped to become part of the ‘writer milieu’ whatever that means, in this country, mostly because I’m living here and have not been anywhere else. But the thing with writing is that it requires a place to sit down and ruminate. However, all the ruminations I have been doing have always been on the road, as I commute, or as I wait for a cab, or as I line up at MRT then LRT and back. And when I sit, down, mostly to eat – at any fastfood  -- the rumination stops because of blaring music and the mind-numbing cacophony of chatter  in those places. And this is not a choice, but a circumstance, the layout of my life. Cooking just adds up to a stressful time management – so, Jolibee, Chowking, Mcdonald – and any of their kind – since they’re immediately there – are my catharsis – like, I’m now hungry so I eat – in the most routine, most pedestrian sense of hungry.
When I wake up, it’s not the sleeping in but the hurrying up because I’d like to maximize the time – you know – my class begins, and I’ve requested this, at 11 AM, but I leave the house at 7 AM, so I can read, relax, ruminate, roam – imagining – another life. I’m old, so this is my indulgence.
But that In a sense, I am at a perennial search for a space where I can truly just stop, sit, and write. Maybe, I’m always writing, that is, on the go, where my ruminations begin to assume solutions, or in my dreams, answers, to simple struggles of living, such as when I am at one point sitting beside a child with skin cancer on her way to PGH.  I am in the cart for seniors, pwds, and mothers with little children – and I am none of the above – and sometimes, all these vulnerables become more real in their vulnerabilities which are just a breath away. And what can do? I think about reaching out, but all I do is stare or avert my stare. And at one time a lump in my throat rose and I suppressed my tears – the child was so small and yet bore so much suffering. I got something from my bag and gave it to the mother who smiled at me and said “Thank you po pagpalain po kayo ng Diyos.”
Or when I am standing on commute and then some really abrasive creature crushes me and in such pressing brusko-muscular pressure I shriek as a trapped mouse. And then the invectives, with all the Ps, and ‘putchas’, and  ‘if you don’t like to be crushed, go take a taxi…. etc.’  exhale all those bad, infectious breaths, and you can’t even cover your mouth because your arms are no more. And nothing of those Freudian mumbo-jumbo can tell me why this is, why this man, why this …this… soul is acting the villain. Our commutes are the same,anyway,  all harried creatures, we all are. So why burden the burdened even more? But all I do is grit my teeth and bear it, as so many more oppressed  others do, until,  an ellipsis of  this country’s ills are pointed by seniors as reasons for our common suffering.
Or when at home, I try to think of where to go on a Saturday afternoon to escape the toddler-versus-mother wars that begin at the time of my sister’s feeding her son at breakfast and doesn’t let up until the child is exhausted at play. Outside, I seek the cafes, and once inside, I request the servers to keep the sounds low. Most of the essays I have written for my occasional blogs, and this one, were finalized and edited at the Coffee Bean and Tea Leaf (Well, coffee is expensive but train to Lasalle library and back will cost me half so this is the compromise) or on one of those white tables of the fastfood restaurant in Landmark in Trinoma (this one, the price of the coffee in Mr Donut is cheap , plus, it’s just ten steps away from my ‘white-table’). Therefore, I am like a refugee without a chance of crossing over any boarder. At the end of the day, I will have to go back home and sleep – and only sleep – and then the day ends.
I cry sometimes, because of this, because I am always on the move. I’m fifty six and commuting by train – should I stop? I should find another job which will afford me a daily grab taxi. But on the other hand, I’m on the move, alone. I would rather be on the move alone, than static in a place, alone. Maybe, with the ordinariness of my ordinary life, moving is the character which has made it extraordinary.
Which means that I should probably take note of the simple places I’ve been. Which means they probably matter anyhow. Which means I can ruminate about meaning in those spaces. And so I made a pact of peace with this itinerant lifestyle.  I still crave for a personal, private, space to write, but it has become less an obsession. I’ve already bought two small houses for this reason, but still, I don’t have this space. So now, I simply tell myself, just write or you will regret it.
In joining this collection of Taftique, I seem to have found another beginning toward  this writing track, and this probably, is the best way, at this point, somehow, to move on.

Why is this blog called confidante

Confidante (fem confidante) according to Oxford Advanced Learner’s Dictionary means “a person that one trusts enough to speak to about one’s private affairs or secrets.” In a way, this blog is a revealing of my soul. Yet even with the revelations in poetry, in meditations, in diary entries and in notes gathered here and there so many secrets remain not within reach of any person, even the most “intimate” confidante. My professor in poetry once said that we couldn’t be attached to ourselves in our poems since our words must echo other people’s experiences too. This is why we ought to grasp the most concrete image of our life’s instances in the hope that others may feel in those images a kind of reverberation. A most peculiar thing happens in the search for an image – I often lose the immediate experience and realize that another secret reveals itself and the image formulates its own theme. In the end, I may take up that new theme to echo something already said and in a different way. But there you go; a new secret is revealed, and only to me. So now, I become my own confidante.
Editing is another confidante-thing. An author trusts you with the product of his creative juices and allows you to see through backward and forward, read between the lines, comment, or merely draw a red-line through his thoughts. Once entrusted with a manuscript, I become a confidante. 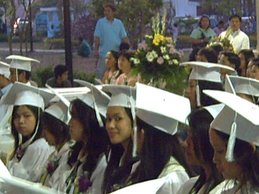 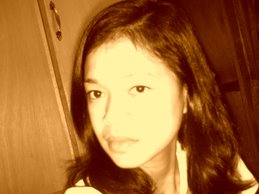 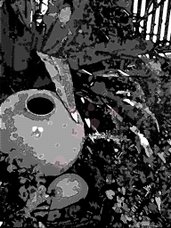 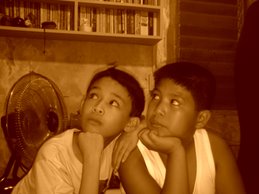